Review this about Isekai Meikyuu from Harem wo there are spoilers. If you haven’t seen the chapters, we encourage you to do so and then come back to read the review.

Isekai Meikyuu of Harem wo – Chapter 10

On the seventh floor of Maze Quarter, michio Y Roxanne they are beating Slow Rabbits collect and sell their skins in the imperial capital, where they will get more money than selling them in the guild. Looking fortreasure chest‘ on their way. Access the camera Bossconfronting and resisting the Bossa fast rabbit. coming from Labyrinth after that steal the new found rabbit meat.

Going back to Maze Quarter, michio Y Roxanne they form in a line waiting to enter the room Bossmeeting an explorer who would address the fast rabbit solo, hoping to get more money on the next floor and be able to add more members to his team. turn the michio Y Roxanne who comes, and upon entering the room, the Boss I was already waiting for them. as a precaution michio he hits it fast. discovering that the Boss he was waiting for them because he defeated the scout who came in before them.

Marks the event michiowho can not sleep until he gets help from Roxanne. The next day, the two of them go to the imperial capital to sell the 300 rabbit skins they have collected, taking the opportunity to buy two nightgowns from Roxanne. Before his night act, michio Begins to prepare the bath, but they decide to return to the Labyrinth so you can your PM. However, a distraction michio thinking about what will happen that night it will hurt. Although it is cured by Durandal and afterwards by the caresses of Roxanne.

the value of life

From the beginning of Isekai Meikyuu from Harem wo The danger associated with that world was raised because it was real life and not a game, however, throughout the episodes it seems to me that this was left aside, with a plot focusing mainly on the fantastic. fan service which provides Roxanne. But, now that the dilemma appears again in the story, I felt that the mental battle is complete michio.

At the moment I don’t know how it turned out in the original sources, so I can’t guarantee that it is adapted badly or even better than these. But personally I think it didn’t have an impact. Although this may be due to the mentality of the michio She went very quickly from anxious to anxious to see Roxanne in a night dress Even after a somewhat complicated night.

I’m not going to deny either that I had a feeling that something like that would happen to the explorer, after all, the way he introduced himself as well as his 2 year history on the same floor of Labyrinth and his dramatic entrance into the room Boss the main points for this.

Of course, there is something “good” in the misfortune that the explorer wanted to increase his group, so a part of me hoped that his death would help. michio to end a decision and go to another member of his, but it did not happen.

The IS fan service Could not miss Isekai Meikyuu from Harem wo – Chapter 10, which has more than one scene. However, although the first me kept his eroticism “controlled” by the more serious environment because michio still thinking about the death of the explorer, the second was the bathroom with Roxanne who became the scene that gave the biggest laugh because of the sentence of it michio receiving treatment Roxanne it is his “swollen member”… wink wink.

By the way, I won’t deny that I was happy about that michio would hurt i Labyrinth to think of something else. The first thing that came to my mind was the usual phrase of a Latino mother when she was scolding her son for starting to cry when he fell while running. 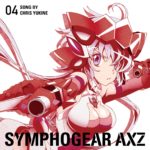